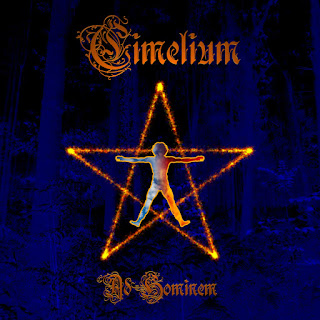 It is done! It is done! It is FINALLY DONE! The latest and long awaited album "Ad Hominem" is finished and has been uploaded to the distribution service. It will (hopefully soon) be distributed to all major music sites, including streaming services, like Spotify. I want to say thanks to all of you, who were faithful during the hard times, during which I announced a lot and got not much done. Also thanks to those who gave feedback and suggestions and encouraged me to work further when I was close to giving up. Yes, this is a very special album in so many ways. Not just that it is the most personal album I created ever, because it is about depression, but also because it was created during a time which had many personal challenges for me. One can safely say, that this album was created not just out of melodies and rhythms, but also with a lot of very strong feelings. Now it is done and the 13th track's title is really fitting here: "O Dulce Nomen Libertatis", oh sweet name of freedom. I feel very free, now that this work is finally done. Apropos titles: For thos who, for what reason ever, do not read the posts on the Cimelium Facebook page, here's the full and final playlist:
I know that some now will ask "And what about the album 'Madeira'? It was announced to be released in December 2015!". Yes, that's true and it was 99% finished when my little personal armageddon hit me. I'll now grant my a week of rest and then finish this album also. You'll agree, that it is worth the wait.

Posted by alionsonny at 5:24 AM