...and Track number 6 for the album "Madeira" is done! 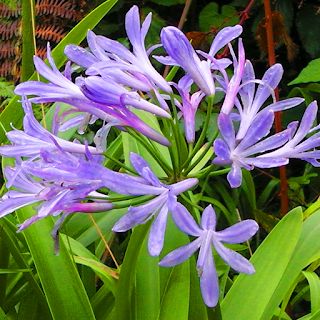 Who did expect this to happen? 2 songs in 2 days. That's the way it is meant to work. Well, but a musician is no machine. At least usually ;). And what do we have here? It is, as announced, again a song for those, who like it rather calm and contemplatively, instead of happy and rhytmic songs. As every Cimelium song, and especially those for the "Madeira" album, there is a story behind this song, and the story describes a particular place in Madeira. In this case it is the "Parque do Lido", the park and the promenade near the open-air bath in Funchal. The story is as follows: As there is no such thing as daylight saving time in Madeira, I got up one hour too early on the first day of my stay in Madeira. So I was more than one hour too early for breakfast. So I decided to take a walk to the Lido instead of going to bed again or wasting the time somehow else, to enjoy the morning atmosphere. Funchal comes to life in the morning in just a few minutes. While at 7:30 am Funchal is very much alive, at 6:30 everything is quiet. I did not meet a single car, not to talk about people, this morning at 6:30 am. Only the homeless cats at the park were there with me to greet the red-golden sun, which was rising above the ocean and flooded the park with warm light. The atmosphere was so peacefull and somewhat eerie, that I will never forget that morning. And I captured exactly that atmosphere in this song.

I am allready working at the next songs for the album "Madeira" and some of them are allready pretty much complete. The fans of my other projects may be angry about it, but I am currently completely focussed on this album, because I really want to finnish it soon. So, again, enough words, here's the song:

Posted by alionsonny at 3:22 AM