The fifth song for the "Madeira" album "Cais do Sardinha" is here! 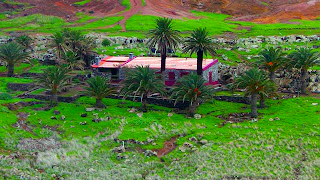 Yeah, that took some time. Running gag, eh? No excuses, no "because of this" phrases. Now it is finally here. Some allready complained, that it it to rhytm-focussed and some even said, that it would rather fit on a Willma Poppen album. I don't think so. I allready told you, when the work at the "Madeira" album started, that this album will contain by far less "free floaters" than "Mesopotamia" and that it also will sound by far "happier". Well the topic Madeira is not a topic for dark, droning, arabian style sounds, right? So live with it: Each future album by Cimelium will have a own style. The only common thing will be the ethno elements, and that the music is somewhat calm, which doesn't mean, that it will all be rather non-rhytmic.

So, this is the fifth track for the album and so we have still a way to go until the traditionally 13 songs for the album will be finnished. This track is about a place at the far eastern tip of Madeira. It is a special place with it's own magic. It is a hidden place, surrounded by a stunning landscape with a very happy feeling and you will find all that in the new track, titled "Cais do Sardinha".

By the way: I decided for a new policy regarding to the pre-releases of Cimelium songs aswell as for all songs of other projects: A pre-release is a release like this one. It is, when I upload a new song for your listening pleasure prior to the release of the album, the song will be part of. All those pre-releases are NO final products. This means, they will most probably sound more or less different on the album and will change according to listener feedback and things I find odd listening to them myself. So this is a major drawback for the specialists who rip MP3s off the streams, because they will be easily identifyable as thieves, because of the unfinished versions they posess. Keep that in mind when showcasing ripped versions at a party or so ;)

So, with no further words, here's the song:


I also made a playlist for the songs released so far for the Madeira album, so you can hear them all in a row. each new track will be added to it when it is released.

Posted by alionsonny at 4:03 AM