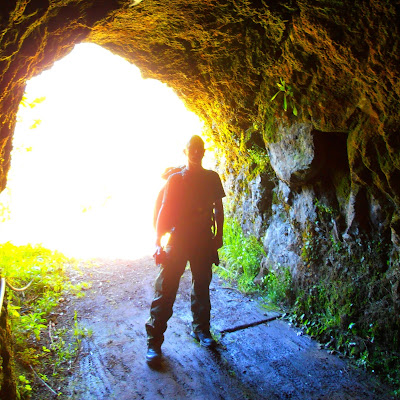 Yes, this is great news: All 13 tracks for the "Madeira" album have been completed as pre-release versions! At the end of this post, you find the pre-release version of "Pico Ruivo Tunnel", the last track destined for the album. And it is a quite unusual one. Not unusual for Cimelium, but rather unusual for this, quite happy, album. Malina already said, that it may be more suitalbe for the "Ad Hominem" album, and I somewhat agree. But to me it refelects the feelings and impressions I had on that day, when we hiked through the Pico Ruivo tunnel to the Caldeirao do Inferno (CLICK HERE FOR THE VIDEO!). "Madeira" will be a really colorful album indeed. It spans from very cheerful and happy tracks via melancholic sounds to the quite dark "Pico Ruivo Tunnel".

So what's now? Now the 13 tracks have to be polished and thus turned into the final album versions. Will this take as long as it did for the last Willma Poppen album? For sure not, but it will take it's time still. Also I want create some nice cover art, as always. I could use a collage of some nice of the many photos Malina took during our trips to Madeira, and I seriously think about doing exactly that. On the other hand I would find this to be "too easy". Anyway, I'll have to make a decision soon.

And what about the darker album "Ad Hominem"? I just wanted to write, that work at this project is on halt as until "Madeira" is finished, but no: Every now and then I need a musical journey to "the dark regions of my soul" and so the work at this album will slowly go on. Somehow I got the impression, that by far more people are actually waiting for "Ad Hominem" to be released than for "Madeira", but first things first.

Ok, and now enough words. Here's the last track for "Madeira". Note: This time I spent very little time on mixing and EQing everything properly for the pre-release version, because I wanted to showcase that thing very quick and move on to the album completion.
Posted by alionsonny at 6:40 AM