New song for the "Madeira" album: Santana, and more ... 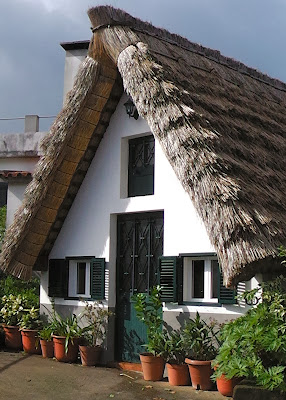 Yes, things are going quite turbulent recently at the alionmind headquarters, and so it is not surprising that this post ends up just today on the Blog. I just took a look at the blog, and had to realize that since the 15th of July there has been no update. Well, that's really not good because I usually try to keep you updated. Anyway, let's make up for this! So: What has happened since the 15th of July 2013 regarding the Cimelium project?

De Omnibus Debutandum
Until October 17th, everything here at alionmind was rather focussed on the other projects, but at that exact date another track for the lovers of the more deep and dark Cimelium sound was published. Thus, this song, titled "De Omnibus Debutandum" (everything must be questioned) is of course a prime candidate for the dark sister album of "Madeira", namely "Ad Hominem". I hope now the doubters, who began to rebel slightly after the release of first few songs for the "Madeira" album, have calmed down a bit. No: Cimelium will not become another happy & funny music project from alionmind, but rather represents the more serious and more "thoughtful" part. So my "Cimelium Goths" (as I call them by now ;)) can relax.


Santana
Even much longer than the lovers of dark sounds, the friends of the "Madeira" album had to wait for something new. Since the 20th of May (Man, has it been for so long?) nothing has been done here. But now, exactly 3 days ago, after overcoming my latest depression attack, this changed and the 7th track for the album was completed. This time, the song is about the, as I call it, "pearl of the rough and tough north coast of Madeira", Santana. As with the other tracks for the album I have done my best to summarize my impressions of this place into sound. In the case of Santana, this was anything but easy. The north coast of Madeira was an absolutely overwhelming experience for me. Madeira is in itself one, but the north coast is even more rich in unique and absolutely fascinating aspects that it is difficult to choose a tangible amount to use as an inspiration for a piece of music. I still think that I have been able to put my personal impressions of Santana and the surrounding area in a suitable sound concept. Not everyone may experience Santana as I did, but we are all individuals. And if you rather hear Funchal or your breakfast out of this song... well... so be it.

Yes, and that's it. Closing this post, I would like to again ask the listeners of Cimelium for a bit of patience and understanding. As, at least most of you, know Cimelium is not my only music project. And if you think again, that alionmind records is dead, because you do not get new Cimelium sound material, I am working hard on the other projects. And if you, like now, get new stuff from  Cimelium, the fans of alionsonny and Willma Poppen have to wait . All in good time. So: Most probably you will have to wait quite a time again for new Cimelium music, because now it's the turn of the other projects. And if you do not like the wait, well, then expand your horizons and listen to the music of the other projects ;).
Posted by alionsonny at 4:03 AM